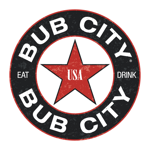 If you play in 2 non local tournaments, you are eligible for a credit of up to $150  or possibly a FREE Coach room (one coach or manager) for one tournament. You need 15 rooms to qualify.

(FREE room can be at same hotel as team or within a 5-10 minute drive. If team has to have coach at same hotel and not available then a $75 per night credit is given, max. $150) (No comps. at Kalahari or Wilderness in the Dells, only a credit of $75 per night)

For 2021-22, we use USA Hockey's age groups when assigning divisions:

B, C, D, and House levels - Generally teams chosen through a draft, in which all players within an organization are assigned to a team, with the goal of creating teams of equal skill level, within their own organization, with no players "Cut" and bronze travel teams. In states with A,B,C,D designations, we fully understand that C is the 3rd team at the organization, and we do great research to pair up teams to have equal competition.

A Level - generally the second, or lower, travel level team chosen within a Tier II organization. These teams will consist primarily, but not necessarily exclusively, of "first year" or "minor" aged players within the age group. As there are many variations in "A" level teams, great care is taken in matching "A" teams of appropriate skill level to create balanced and competitive division.

AA Level-  Generally the first team at a Tier II organization. No AAA players are allowed to play in a AA bracket. Any team playing kids from a AAA club will forfeit there game 1-0. We use the website eliteprospects.com for further reference.

The tournament director will place teams within appropriate skill level to provide the best competitive opportunities for all team. Brackets can contain all local teams or teams you have played in the past and that is the registrants risk and can have minimum 3 teams and maximum 6 teams in it. Anyone cancelling may lose there monies and incur a fine to cover costs of other teams in the bracket and UHT damages  within 10 days of the tourney start date

* No curfews, all games played in completion